Chit Chat Bingo roomies are famed for their chat, not that surprising given the site`s domain name. Bingo players looking for their `kind of people` head over to Chit Chat Bingo to play 90 ball bingo games and meet new roomies.

Signing up doesn`t take long at all, and you don`t need to supply your payment details in order to gain the £1 bonus. Once you`ve sampled some of the bingo action at Chit Chat, you`ll soon be depositing! The minimum deposit is £10, but remember that it will double up once it has gone through. Thus I found myself with £20 in my account, ready to play and chat with new roomies.

The homepage is very pretty indeed, styled in a sharp purple and orange colour scheme. The homepage features the latest jackpots and best promotions, but there is plenty to explore at Chit Chat Bingo using the left hand side navigation bar. Find out about the loyalty scheme or even install Chit Chat Bingo alerts on your desktop so you never miss a trick.  The community page is fairly standard, but does include a leaderboard and horoscopes.

As with most sites powered by St Minver, the Chit Chat Bingo interface is well styled and a joy to play. There are a couple of chat rooms in each bingo game, but you`ll probably find that players amass in just one. The chat was friendly, as you`d expect, if not a bit basic. That was my general experience, and I did spend several hours playing through my £20. If you aren`t a fan of chat games, you`ll find that the game `Hammer the House` swamps all possible chat, very annoying indeed.

Again, the jackpots are huge, each bingo player has a different take on these progressive jackpots. Some will cling on to the minuscule chance that they`ll bingo in 37 calls or less, whilst others such as myself, will be happy enough with a one line victory.

Chit Chat Bingo is a well-designed a site that runs several great monthly promotions. Even thought the chat wasn`t all that that it was cracked up to be, the games were fairly decent. 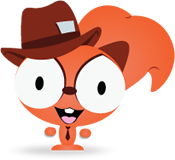